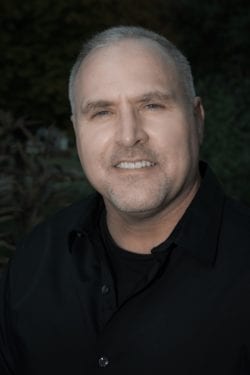 Dr. Jody S. Harrison was born in Bennington, Vermont, and grew up in upstate New York. He attended Pepperdine University in Malibu, CA, graduating in 1992 with a B.S in biology. He graduated from the State University of New York at Buffalo in 2000 with a DDS degree. Following dental school graduation, he completed a 2 year General Practice Residency at the University of Texas Health Science Center in San Antonio, Texas (UTHSCSA). In 2002 he became an Assistant Professor at UTHSCSA, teaching clinical dentistry to 3rd and 4th-year dental students. In 2004 he was commissioned as a Captain in the United States Air Force and entered the joint program in Periodontics offered by Wilford Hall Medical Center (WHMC) and the UTHSCSA. Dr. Harrison graduated in June 2007 with a Master of Science degree from UTHSCSA and a clinical certificate in Periodontics from WHMC.

During his 10 years in the Air Force, Dr. Harrison attained the rank of Lt Colonel. He served as Director of Periodontal Education at the Air Force’s 2-year Advanced Education in General Dentistry in San Antonio, TX. He was also Chief of Periodontics at Nellis AFB in Las Vegas, NV.

In the summer of 2014, Dr. Harrison separated from the Air Force, left Las Vegas, NV and relocated to Asheville, North Carolina with his wife Jocelyn, children Max and Chloe and Australian Shepherd named Flurry. In his spare time, Dr. Harrison enjoys his kids’ extracurricular activities, playing fetch with Flurry and playing the drums.

Dr. Harrison is a Diplomate of the American Board of Periodontology and currently maintains membership in the American Academy of Periodontology, American Dental Association, and North Carolina Dental Association. He offers comprehensive treatment planning and periodontal care, including surgical and non-surgical treatment of periodontal disease, soft tissue and bone grafting around natural teeth and implants, sinus augmentation and atrophic ridge grafting in conjunction with dental implant placement

Am I A Good Candidate For Ceramic Dental Implants?Prevent Gum Disease With Regular Dental VisitsWhen is Gum Graft Surgery Necessary?